Sorry, but nothing matched your search terms. Please try again with different keywords

There are no products on the wishlist!
Wishlist link:

No products in the basket.

Doctor Daniele Volpe is not an ordinary Italian neurologist. In addition to heading up the Parkinson’s Rehabilitation unit at the St. John of God hospital in Venice, he is a musician who loves trad and who visits Ireland frequently to play in a band. Amazingly, he has found a way to connect both his professional life and his love of trad music. 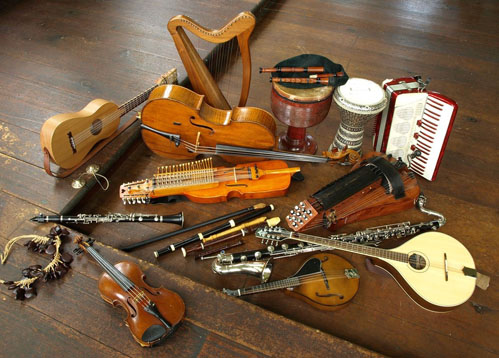 The story begins in June of 2010 in Peppers Pub, a Trad hot spot located in the tiny village of Feakle (population 126), in County Clare. Peppers regularly offers Trad nights where customers can enjoy music, and if so inclined, participate in set dances. On this particular night, Dan Fox (Volpe’s stage name) was playing alongside Charlie Piggot, one of the founding members of De Dannan, and as the band was about to start, the Italian doctor noticed a man with an unsteady gait enter the pub. “Someone with Parkinson’s,” he remembers thinking. 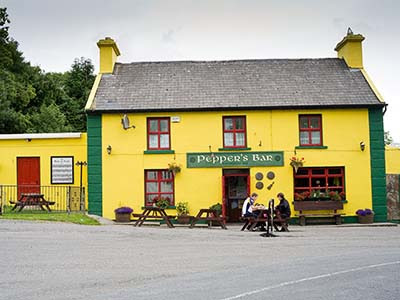 About 20 minutes later the band opened the floor for a set dance, and Volpe was surprised to see the man with Parkinson’s among the dancers. What followed was incredible: the man who walked so unsteadily required no assistance to dance. Indeed, the man went through the moves effortlessly, as if he were a different person. Dr. Volpe was quite puzzled and asked Charlie about a particular leg movement he noticed. Thus Dr. Volpe learned about the Reel step. 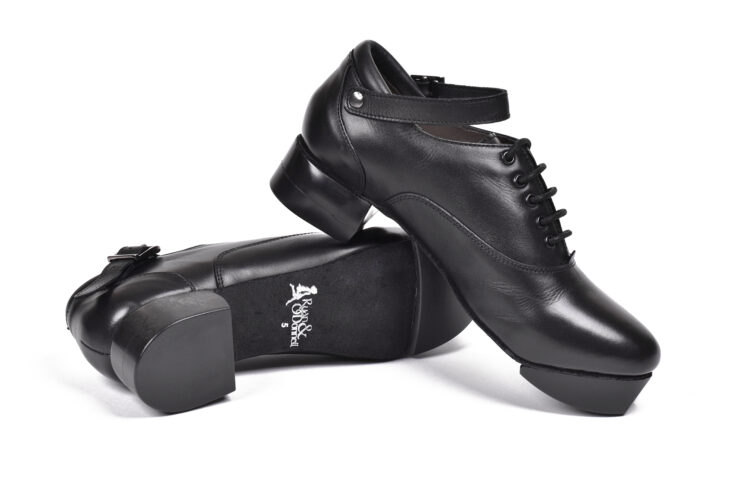 Dr. Volpe made an important observation. For many with Parkinson’s, posterior-anterior advancement of the lower limb during the swing phase of the gait’s cycle is compromised. Yet, the Reel Step enabled a dancer with Parkinson’s to override the neurological impediments that affect the gait.

As he thought about the Reel Step, he noted that Irish Set Dance is patterned, but steps are not overly repetitious. Execution of the pattern requires the dancer to change direction frequently. Directional change plus the need to maintain reasonably consistent step lengths require the dancer to be in a state of constantly transferring weight from one leg to the other. The overall effect is a remarkable improvement. 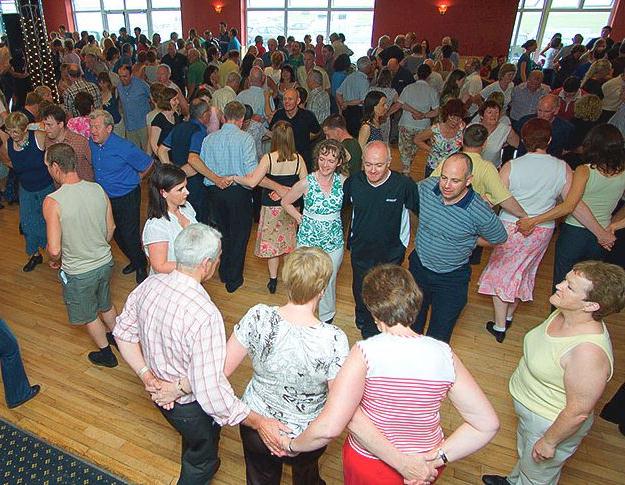 But why? The answer may be the music. The strong upbeat rhythmic pattern of an Irish reel or jig may provide the brain with periodic acoustic cues that somehow enable it to bypass transmission dysfunctionalities in the Basal Ganglia (BG) and in the SMA (Supplementary Motor Area) networks. 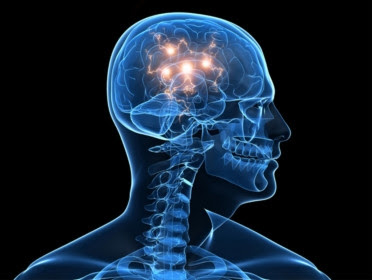 Sounds good, but is it “reel?” Would Set Dance work in Italy? When Volpe returned to Venice, he conducted a small study to determine whether his observation was simply coincidence. He recruited a group of 24 subjects, all of whom presented moderate stage Parkinson’s symptoms (average Hoehn-Yahr score of 2.5).

The subjects were divided into two groups.

Group 1 was the control group and received conventional physiotherapy. Group 2 was introduced to Irish set dance courses. Testing followed the six-month trial, and while all forms of therapy were beneficial, the Irish set dance group improved more in their control in every measurement category.

Doctor Volpe presented his initial findings in June 2012 to the International Congress of PD and Movement Disorders in Dublin. Following his presentation, a group of dancers from Venice, most of whom suffer from PD, were asked to dance a figure from the Corofin Plain Set, before an audience of nearly one thousand. Here’s a brief video of  Doctor Volpe’s patients doing a set dance.

Next steps. Follow-up testing is now underway with an international randomized trial being conducted by researchers from the University of Limerick in Ireland and the University of Melbourne in Australia. The doctor is hopeful the initial success will be validated, and in time, Irish Set Dancing therapy (ISDT) will become part of the conventional rehabilitation options available to patients everywhere.

Additionally, he wants to investigate the efficacy of Irish set dance therapy (ISDT) in Alzheimer’s Disease and has begun development of Randomized Control Trial process to better understand the relative consequences of ISDT on both diseases. 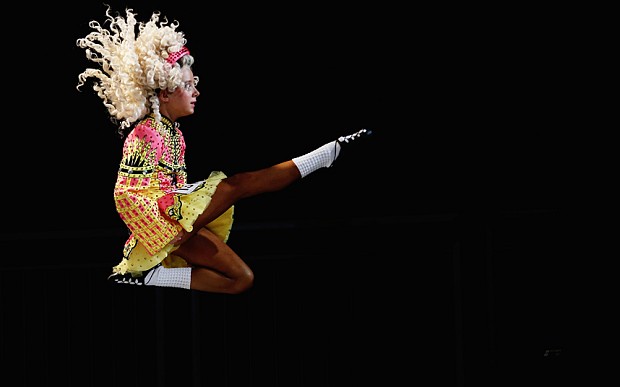 One man’s reaction: “I first read about the Volpe discoveries in October 2012 and I was overjoyed. I have had Parkinson’s for many years, with onset in 1997. I also love Trad and noticed that when listening to it, I could perform some dexterity tests –such as the tapping the thumb with the pointer finger– for significantly longer durations than when without music. Moreover, I found my improvement with dexterity occurred only with Trad, and a few distant relatives, like a Cajun two-step. While I still have not learned to dance, I knew that Doctor Volpe was onto something, and I thought it appropriate for someone to name a piece of Trad music after Doctor Volpe. The question was, how do I do this?

“Enter Martin Tourish. I sent an email off to Martin, who is one of Ireland’s leading Trad composers when he is not pursuing his doctoral studies in music at Dublin Institute of Technology. Within a day he wrote back saying that he had just finished composing ten Irish jigs for Mary Beth’s new DVD entitled, Sean Nos Jigs for Everyone. Eight were not yet titled, and pending Mary Beth’s approval, he would be delighted to name two of the jigs in honor of Doctor Volpe. A day later, he again wrote to say that she enthusiastically agreed.” 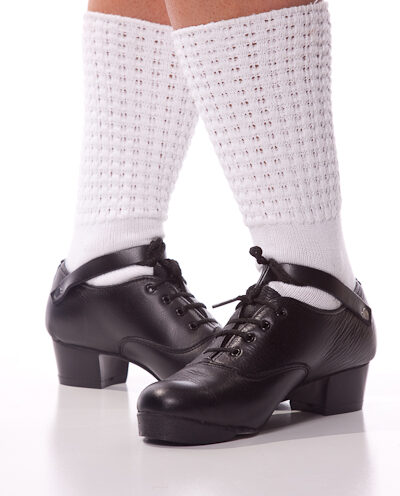 Mary Beth Taylor is perhaps Ireland’s most eclectic dance teacher. Founder of TCRG, Scoil Rince Taylor, [Irish for the Taylor Dance School), it is the only school in Dublin certified to teach Sean-Nós Dance, Step Dance and Bettering steps for Set Dance. Mary Beth teaches English at Dublin City University, and, in her spare time, has produced two instructional videos, Sean-Nós Dance for Everyone, and most recently, Sean-Nós Jigs for Everyone!  Thanks to the generosity of Mary Beth and Martin, the first selection has been titled Doctor Volpe’s while the eighth is called Dance Therapy. 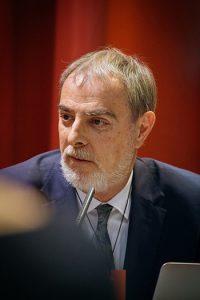 And the tiny village of Feakle will celebrate Doctor Volpe’s discoveries with two major events in 2013. As part of the 26th Annual Traditional Music Festival,  organizers have invited Dr. Volpe’s dance group of Parkinson’s patients to be special guest performers. And, Doctor Volpe will present his latest findings at a conference on “The Therapeutic Effects of Irish Set Dancing in the treatment of Parkinson’s Disease.”

An amazing story and one that offers some hope to those with Parkinson’s.

Select the fields to be shown. Others will be hidden. Drag and drop to rearrange the order.
Click outside to hide the compare bar
Compare
Wishlist 0
Open wishlist page Continue shopping
We use cookies on our website to give you the most relevant experience by remembering your preferences and repeat visits. By clicking “Accept”, you consent to the use of ALL the cookies. However you may visit Cookie Settings to provide a controlled consent.
Cookie settingsACCEPT
Manage consent

This website uses cookies to improve your experience while you navigate through the website. Out of these cookies, the cookies that are categorized as necessary are stored on your browser as they are essential for the working of basic functionalities of the website. We also use third-party cookies that help us analyze and understand how you use this website. These cookies will be stored in your browser only with your consent. You also have the option to opt-out of these cookies. But opting out of some of these cookies may have an effect on your browsing experience.
Necessary Always Enabled
Necessary cookies are absolutely essential for the website to function properly. These cookies ensure basic functionalities and security features of the website, anonymously.
Functional
Functional cookies help to perform certain functionalities like sharing the content of the website on social media platforms, collect feedbacks, and other third-party features.
Performance
Performance cookies are used to understand and analyze the key performance indexes of the website which helps in delivering a better user experience for the visitors.
Analytics
Analytical cookies are used to understand how visitors interact with the website. These cookies help provide information on metrics the number of visitors, bounce rate, traffic source, etc.
Advertisement
Advertisement cookies are used to provide visitors with relevant ads and marketing campaigns. These cookies track visitors across websites and collect information to provide customized ads.
Others
Other uncategorized cookies are those that are being analyzed and have not been classified into a category as yet.
Save & Accept
Powered by